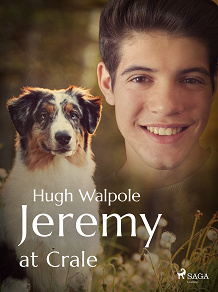 by Hugh Walpole
Setting the template for almost every subsequent novel set at school, ‘Jeremy at Crale’ follows the trials and tribulations of our eponymous hero. The third in the series, Jeremy is now 15 and finds himself the centre of attention, thanks to his football skills. However, in the school setting, attention can be both wanted and unwanted. Soon, Jeremy acquires his one great enemy and must work out what to do in order to survive each day. Semi-autobiographical, ‘Jeremy at Crale’ is a funny and poignant exploration of puberty and relationships.

Hugh Walpole (1884 – 1941) was one of Britain’s most prolific and popular novelists. Although originally destined for a career in the church, Walpole found himself drawn to writing. During his career, Walpole wrote 36 novels, five compendiums of short stories, three sets of memoirs, and two plays. He is most famous for ‘Rogue Herries,’ ‘A Prayer for my Son,’ and ‘The Story of Dolittle,’ which was adapted for the silver screen, and starred Robert Downey Junior.