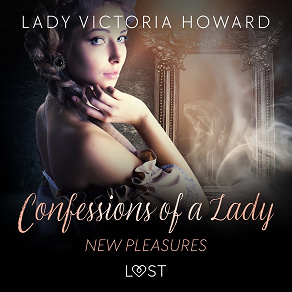 Victoria is coming to terms with her life without Toby and finds herself beginning something new with her accountant, and Toby’s friend, Jonathan. But is she just slipping into something monotonous and oppressive like her marriage?

When Victoria travels back in time, she meets the intriguing but intense William who lives in the same house as her grandmother but several generations in the past. With William, she has the kind of steamy sexual encounters she could only have dreamed of when she was married. As she takes chances in the past, Victoria’s life changes in the modern-day too, as she seeks new experiences such as visiting a fetish fair and having a particularly unique threesome in Paris. The mirror begins opening up her previously small world and Victoria soon wonders at the endless possibilities and all the new pleasures her time-travelling gift might afford her...

'Mirror Hours' by Lady Victoria Howard is a steamy time travel romance that will thrill fans of 'Outlander' and 'Bridgerton'. 'New Pleasures' contains the first 13 episodes of Lady Victoria Howard's sexy romance series which includes her adventures in the Victorian age.

'Fun, smart and slightly rebellious, Victoria sounds like a character you can believe in and get behind, making the story all the better.' Alice Broster, Bustle UK

For [anyone] who enjoys indulging in a little bit of erotica on the discrete, LVH is your new fantasy dream come true.' Elizabeth Hazard, Provokr

Lady Victoria Howard is a pseudonym and part of a universe for the popular adult romance series that combines passion and history to create unforgettable fantasy encounters. A 34-year-old widow, Lady Victoria is nervous about dating again until she discovers that she possesses the magical gift of time travel that opens up a world of exciting sexual adventures.
Listen to sample
Log in to borrow